Book of Mormon Videos to be Released; Watch Trailer for 1 Nephi 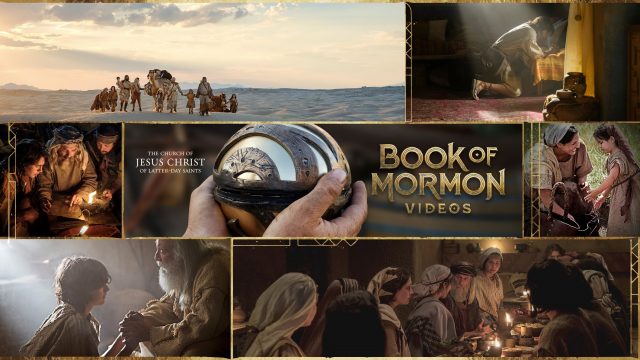 The first video of the series will be available September 20 and a new video will be published every week through the end of the year. (See the schedule below.)

The main purpose of the video series is to help us increase our understanding of the Book of Mormon as a second witness of Jesus Christ (the first being the Bible). The video series can also be used as supplementary material for “Come, Follow Me,” the Church’s personal scripture study program.

Watch this video trailer for the first season from 1 Nephi (also in Spanish and Portuguese).

Filming began several years ago and the filming for season three has just been completed. The entire visual library, when completed, will include about 100 video segments of 1-5 minutes in length, for a total of 7-8 hours.

The videos will be available on the Book of Mormon Videos YouTube channel, at ChurchofJesusChrist.org, on the Mormon Channel platforms, and in the Gospel Library app. Subscribe to the YouTube channel to be notified when new videos are published.

Enjoy this behind-the-scenes video about the production of the Book of Mormon Video Series:

The script of each video stays close to the scripture text of the Book of Mormon, but some dialogue has been added to help tell the book’s stories. The visualization of events in these videos has no intention of communicating any preference for or Church position regarding where the events of the Book of Mormon took place.

The new Book of Mormon videos are similar to “The Life of Jesus Christ Bible Videos” that were completed in 2016.

The initial set of Book of Mormon videos and release dates are as follows: