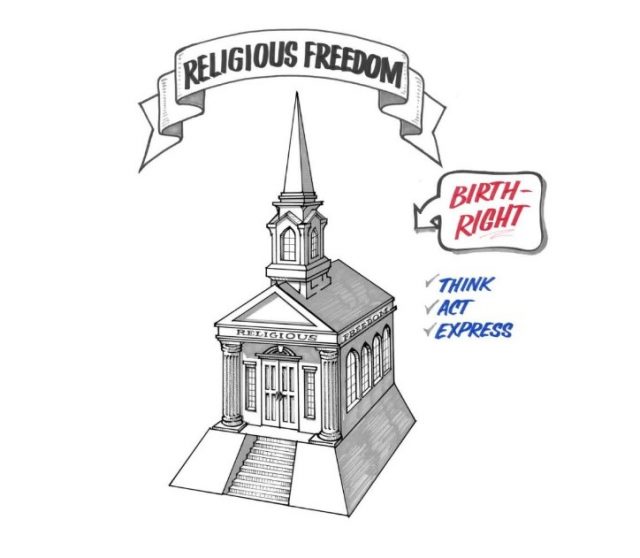 What is religious freedom?

Simply put, religious freedom is when people have the right to live and worship according to their conscience. As members of the Church, we believe in defending our own freedom as well as the freedom of those who believe differently than we do.

The video below explains more about it:

Religious freedom is a fundamental human right and the first among rights guaranteed by the United States Constitution. It is the right to think, express, and act upon what you deeply believe, according to the dictates of conscience.

Religious freedom, or freedom of conscience, is critical to the health of a diverse society. It allows different faiths and beliefs to flourish. Religious freedom protects the rights of all groups and individuals, including the most vulnerable, whether religious or not.