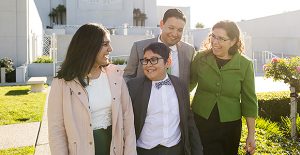 This article is a recap of some of the most popular stories we’ve covered during 2017:

In a letter in December, the First Presidency announced that young women and young men would be given more opportunities in temple work. Beginning January 1, 2018, priests will be authorized to perform baptisms for the dead and young women will assist in other tasks in temple baptistries, such as recording baptisms and confirmations.

Beginning in 2018, Melchizedek Priesthood and Relief Society meetings will have a new focus. The first Sunday of each month will be a council session about local responsibilities, opportunities, and challenges and making plans to act. The next two weeks will focus on messages from general conference. The fourth Sunday will study a special topic chosen by the First Presidency and the Quorum of the Twelve Apostles. See 3 articles that provide more information: 1, 2, 3. 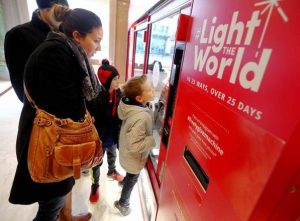 For the 2017 Christmas season, the Church encouraged us to “Light the World” with the message of Jesus Christ. Millions were involved in 25 Ways in 25 Days. Nearly half a million dollars were donated to humanitarian projects in December through charity vending machines temporarily installed on Temple Square. Millions watched videos and messages from the Church. Millions more watched videos and messages from members and others.

In the worldwide devotional for young adults on January 8, President Russell M. Nelson issued a challenge to increase discipleship by devoting time each week to study everything Jesus said and did as recorded in the scriptures. Many young adults accepted the challenge and shared their experiences on social media. President Nelson later wrote a blog post about his experiences completing the assignment himself. 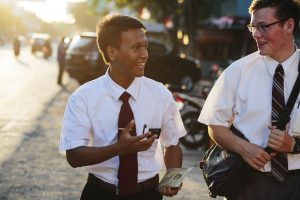 The Church announced several changes to be made in missionary work, including a new set of interview questions to be asked of prospective missionaries, a trimming of the number of missions to better fit the needs of each region of the world, replacing tablets with smartphones, and an increased use of technologies that help find those interested in religion. 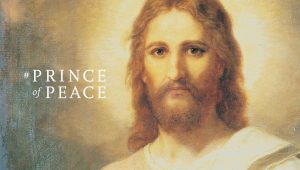 At Easter, the Church’s “Prince of Peace” initiative invited the world to find the inner peace that comes from the life and teachings of the Savior Jesus Christ. The initiative focused on Holy Week, from Palm Sunday (April 9) to Easter Sunday (April 16).

The Mutual theme for 2018 is Doctrine and Covenants 19:23: “Learn of me, and listen to my words; walk in the meekness of my Spirit, and you shall have peace in me.” The emphasis is on Peace in Christ. Resources are available online. 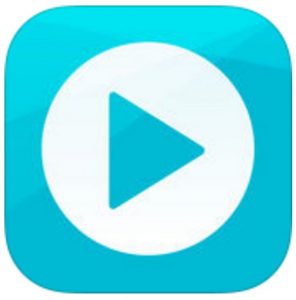 The Church released  the LDS Media Library mobile app, a new app for videos, images, and music. With this new app, you can organize, download, and use videos, images, and music offline when teaching and sharing media at Church, at home, and on the go. Although the existing Gospel Library mobile app provides access to some images and videos, this new app lets you make short clips from video and make playlists for a specific lesson.