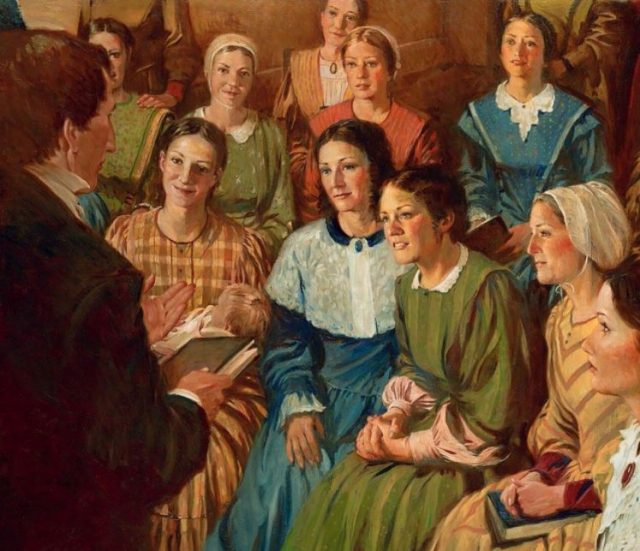 In 1842, a group of Latter-day Saint women wanted to help their community by sewing clothes for the men who were building the Nauvoo Temple. They told Joseph Smith about their idea for a “Ladies Society.” The prophet felt inspired that this should be more than a service club—that it should be officially organized as part of the Church. The prophet said, “The Church was never perfectly organized until the women were thus organized.”

And here’s something interesting to think about. Although we don’t know what the Relief Society was named back when Jesus Christ was on earth, it makes sense that a similar organization has always existed. As Eliza R. Snow said, “Although the name may be of modern date, the institution is of ancient origin. We were told by our martyred prophet that the same organization existed in the church anciently.”

This article was adapted from the article “A few women wanted to help their community” in the Gospel Living app.