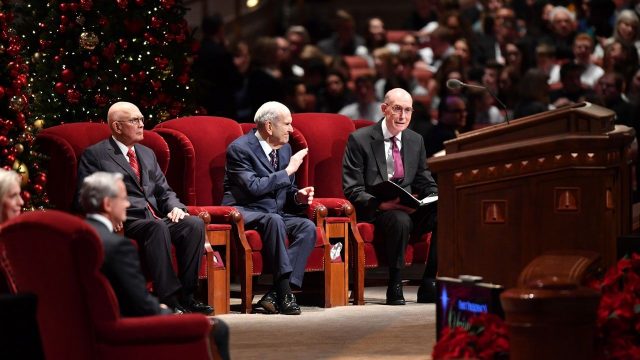 This article provides the history of the First Presidency Christmas devotionals and instructions on where to find the text or videos of the devotionals.

First Presidency Christmas devotionals began as a yearly event to honor Church employees. The earliest record of them taking place is 1964, although they were not broadcast until 1982. During the 1980s, the broadcasts were televised in the United States, Canada, and Puerto Rico.

Due to increased popularity in the 1990s, the devotionals began to be broadcast around the world. From 1984 to 2000, the devotionals were held in the Tabernacle at Temple Square. The devotional venue moved to the Conference Center in 2001.

Where to Find the First Presidency Christmas Devotionals

Information summarized from the article “Ask Us: Top Five Reference Questions about Christmas.”