Video: What Latter-day Saints Believe About the Restoration of Christ’s Church 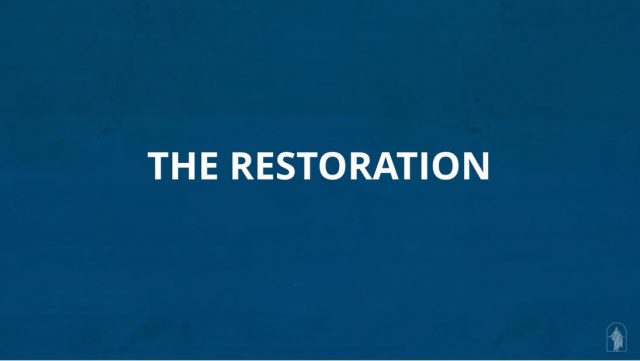 When Jesus Christ lived on the earth, He organized His Church, “built upon the foundation of the apostles and prophets, Jesus Christ himself being the chief corner stone” (Ephesians 2:20). After Christ’s death and Resurrection, He told His Apostles to continue teaching the gospel. They did as He asked, but eventually they died and the truth of Christ’s Church disappeared during a period called the Apostasy. Watch the Church video “Restoration of Christ’s Church.”

In the early 1800s, God the Father and Jesus Christ appeared to a young man in answer to his prayer about which church to join. This young man, Joseph Smith, was told not to join any of them but that Christ’s Church would be restored through him. This led to the organization of The Church of Jesus Christ of Latter-day Saints on April 6, 1830, a direct answer to the Apostle Peter’s prophecy in the New Testament that there would be a “restitution of all things” (Acts 3:21).

The divine return of the Church of Jesus Christ, coupled with modern-day prophets, apostles, priesthood authority, and all gospel light and knowledge, is what members of the Church refer to as the Restoration.

God restored His Church for a very simple reason: He loves all His children and wants them to have joy in this life and eventually return to live with Him. Through His living prophets and the truths in His restored Church, God shows us the way.

Watch other videos in the “Now You Know” video series.