WITNESSES: Powerful New Movie About The Three Witnesses to The Book of Mormon

WITNESSES is a new Latter-day Saint movie that tells the powerful true story of the Three Witnesses to the Book of Mormon — David Whitmer, Oliver Cowdery, and Martin Harris. For nearly 200 years, their statement of what occurred has been published with every copy of the Book of Mormon.

While many people know the story contained in their statement, not many know the full story of how they became witnesses to the gold plates from which Joseph Smith translated the Book of Mormon. To their dying days, they defended their testimonies even when faced with threatening mobs, ridicule, and betrayal by friends and family.

Tickets for WITNESSES are now on sale for the film’s opening weekend, exclusively in theatres beginning Friday, June 4, 2021. 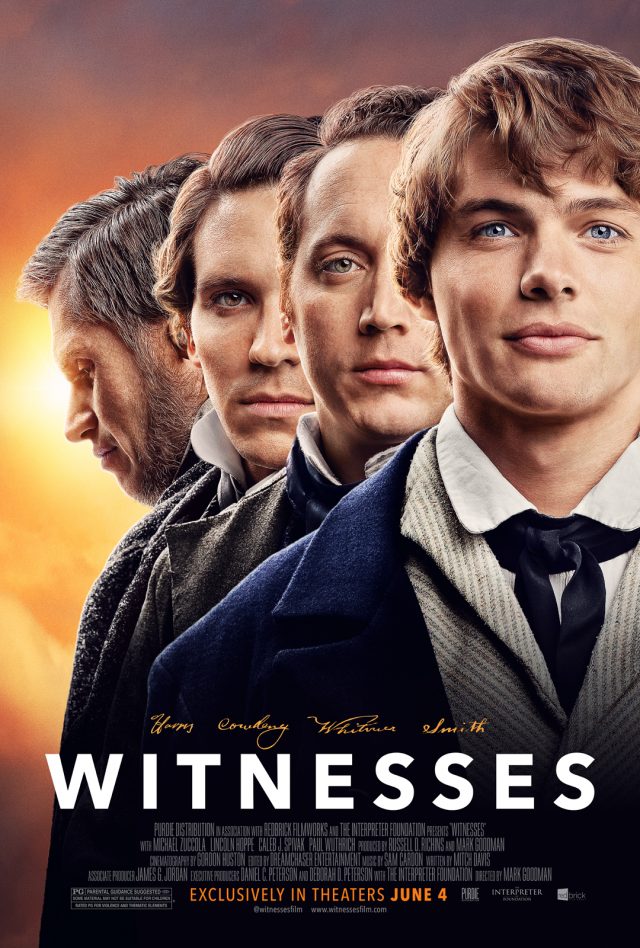