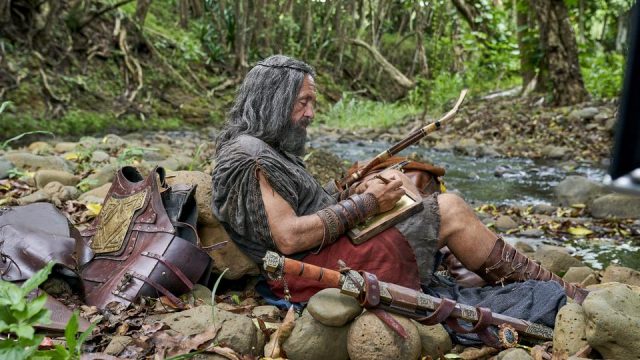 The Church has released a special bonus episode of the Book of Mormon Videos series, “Moroni Invites All to Come unto Christ.” This video depicts the prophet Moroni as he struggles to protect the gold plates before depositing them in the Hill Cumorah. The episode concludes centuries later as Joseph Smith recovers the plates.

This video is being released as part of commemorations of the 200th anniversary of the First Vision. The video premiered last Sunday in English during the hour leading up to the Face to Face broadcast with Elder Ronald A. Rasband and his wife. The video is also available with Spanish and Portuguese subtitles.

You can access the Book of Mormon Videos as follows: