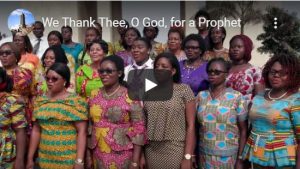 The concluding musical number at the April 2020 general conference featured Latter-day Saint choirs from around the world virtually joining The Tabernacle Choir at Temple Square in a prerecorded performance.

Choirs sang “We Thank Thee, O God, for a Prophet” in English, German, Korean, Portuguese, and Spanish from six continents.

The videos were recorded before anyone knew that the effects of COVID-19 would require that the music for this general conference would need to be virtual.

Watch the worldwide choirs sing “We Thank Thee, O God, for a Prophet.”