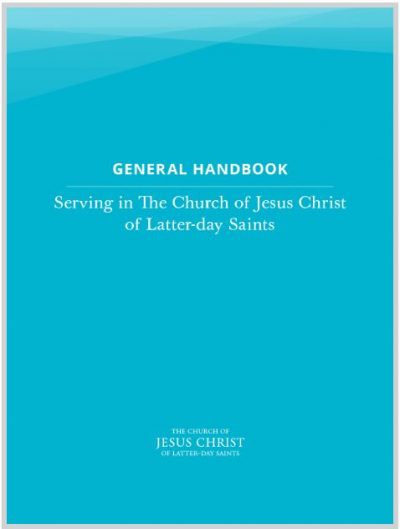 Chapters of the General Handbook that relate to the Primary, Young Women, and Aaronic Priesthood Quorums have been revised to reflect the changes made to these organizations because of the Children and Youth program that became effective January 1. These three chapters have been simplified and reduced, and are now organized around the work of salvation and exaltation. There is also more emphasis on encouraging Aaronic Priesthood quorum presidencies and Young Women class presidencies to direct the work of their quorum or class.

Sections in five other chapters have also been updated. See the complete list below.

The First Presidency released the new General Handbook on February 19, 2020. At that time, nine chapters were new or updated and it was announced that additional chapters would be updated and published over the coming months.

The new handbook is available in English in the Gospel Library app in the section Handbooks and Callings and online at handbook.ChurchofJesusChrist.org. Over time, it will be translated and published in an additional 51 languages.

Also see the Handbooks and Callings page to see the handbook, frequently asked questions, and other related resources.