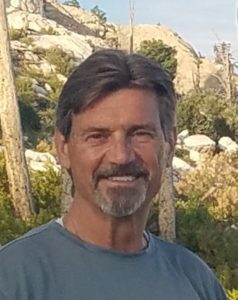 James Lee Dunne, a member of The Church of Jesus Christ of Latter-day Saints, is a man of many talents. Not only is he a family man, but he is also a composer, multi-instrument musician, marathoner, mountain climber, lover of ancient text, backpacker, storyteller, Olympic torch bearer, audio engineer, music producer, writer, scouter, and photographer, among other things. He is also the founder of Treble Clef Music, which has uplifting songs ranging from humor to deeply spiritual, bringing positive music to positive-thinking people. In short, James describes himself as an “explorer of all good things for the mind, spirit, and soul.”

James is also an avid student of the scriptures and is on a spiritual quest to bring to life the stories of persons from the Book of Mormon. After 25 years in the making, he has completed a colossal music project, which “distills lyrics from the Book of Mormon and sets them to music.” The project is called Words of the Prophets. He recounts how the project, which became a labor of love, came about:

In 1994, I became intrigued that “Nephi’s Psalm,” (2 Nephi 4:15-31), did not have any music I could locate. So, I determined to do it, and ultimately concluded that the magic is in ​his words​, not me writing new words about it. That led me to other personal testimonies and passionate outpourings in the Book of Mormon… and the aptly named project, ​“Words of the Prophets,” ​was born.

Listen to some of James Dunne’s music.