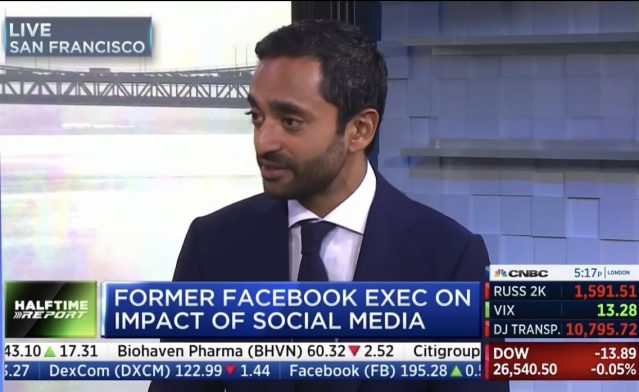 On April 30, I listened to Chamath Palihapitiya on CNBC’s Halftime Report. Chamath was an early senior executive at Facebook and is now a venture capitalist billionaire. He had some interesting cautions about social media. He doesn’t allow his children to use social media ̶ or devices at all.

He said that social media has a spectrum of uses, but that we should use moderation because the more people use it, the more unhappy they generally are.

He encouraged people to “Use [social media] in small doses. Use it in ways that allow you to be informed and be engaged in the world. Use it to connect with the people you love and care about. But also understand that if you are not careful you will misinterpret the fact that everybody has become their own little PR agency, telling a story to the rest of the world about their lives ̶ that it’s fabulous and fantastic.”

So, don’t believe that what you see on a person’s social media feed is representative of their whole life. A post may represent a bright moment, but don’t believe that their life is better than yours. “The reality is we live complex, nuanced lives ̶ and life is hard.”

So, don’t use social media too much, and don’t compare your life to what you see on social media.