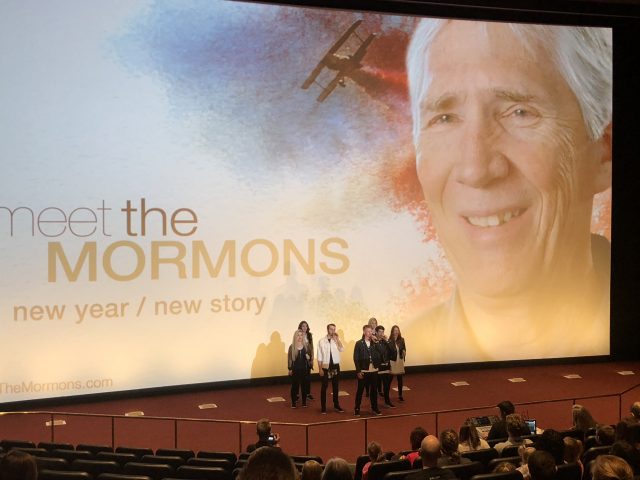 At the premiere of the new “The Craftsman” story of #MeetTheMormons. With the Spark Singers.

Following the theatrical success of the movie Meet the Mormons in October 2014, three additional stories were released in July 2016. Tonight, another story debuted at the Legacy Theater in the Joseph Smith Memorial Building on Temple Square.

This new story, “The Craftsman,” is both exciting and moving, and brings a fresh perspective on how members of The Church of Jesus Christ of Latter-day Saints live their faith. Danny Sorenson builds planes and performs in air shows across the country. When I say, he “builds” them, he doesn’t just order parts and put them together. He actually designs all the parts and then builds each part himself. 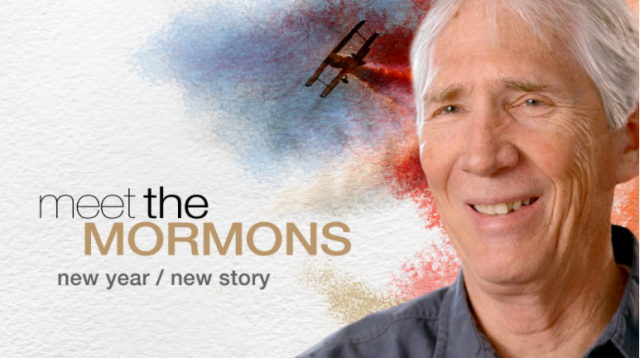 But as much as the Craftsman—and former bishop—loves to build planes, he made a decision that his family would always come first. The plane he expected to take 3 years to build ended up taking 14 years, as he always kept his family his first priority. At the premiere tonight, we had the privilege of meeting Danny Sorenson and his family.

See a trailer of the new film:

The “Craftsman” segment begins showing at all LDS visitor centers and historic sites beginning on February 3, 2018. See screening times at the Legacy Theatre on Temple Square for the vignettes from Meet the Mormons.

At tonight’s screening of “The Craftsman,” we also re-watched “The Horseman” (see below) that was released in July 2016. Together, these two stories of men with passions for horses and planes also taught us that their families always come first and they are their first love, next to their love of God Himself. 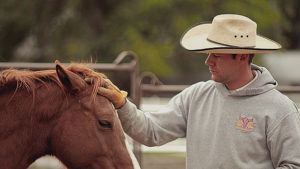 A horse trainer from Morgan, Utah, who compares our lives in the hands of God to training a wild horse. If we put away our own “wild,” we become more effective instruments in the hand of our Heavenly Father.

The story of four LDS siblings who make up the Japanese pop singing group Bless4. They talk about keeping Church standards in the entertainment industry and one of the girl’s struggle with an eating disorder. 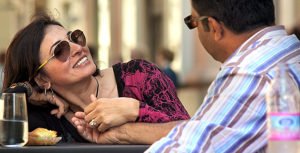 An updated and expanded story previously available only as a bonus feature on the Meet the Mormons DVD. It features an Italian artist who shares her conversion story and some of the challenges that come from being in a part-member family. While inactive for many years, even her non-member husband acknowledged something was missing in their marriage and in their home. Returning to church re-ignited her faith, strengthened their marriage, and inspired an ongoing charitable act of service – a five-star dining experience for the homeless.

At the Legacy Theater and at visitors’ centers, you can also see expanded versions of the six original stories from the movie.

If you didn’t get to see the original film when in appeared in theaters, then this is your chance to experience it in high-definition at the Legacy Theater. If you already saw the film, then you’ll appreciate the additional footage and a surprise ending to one of the stories. And if you love the Japanese culture, country living, or Italian cuisine, then you’ll enjoy the new stories.

Meet the Mormons premiered October 10, 2014. It opened in more than 400 theaters across the United States and ranked #10 in the nation in box office receipts the premiere weekend. The film quickly became the 34th biggest documentary of all time. All the net proceeds were donated to charity.

If you can’t watch Meet the Mormons at the Legacy Theater or at a visitors’ center, you can watch it on Netflix or in many languages on YouTube. You can also buy a DVD or watch it on video-on-demand (Netflix, iTunes, Amazon Instant Video, Comcast, DISH, DirectTV, Google Play, and Vudu).

But the new stories can only be seen at the Legacy Theater or in visitors’ centers and historic sites.

Enjoy this rendition of the song “I Am a Child of God,” sung by Bless4 from Meet the Mormons: New Faces / New Stories:

Download a free MP3 of this song from the film.

Learn more about the movie Meet the Mormons. 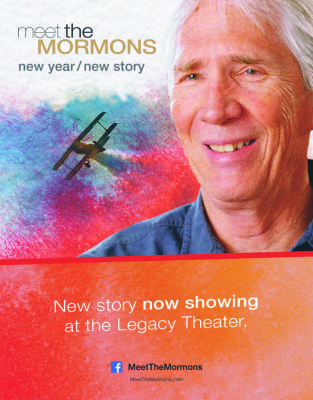 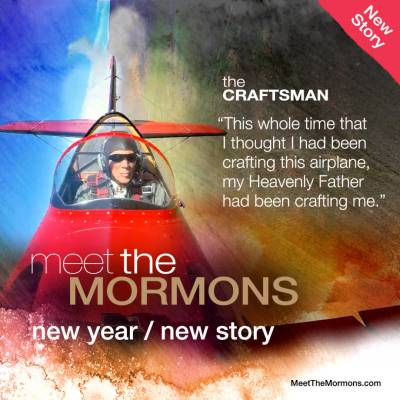 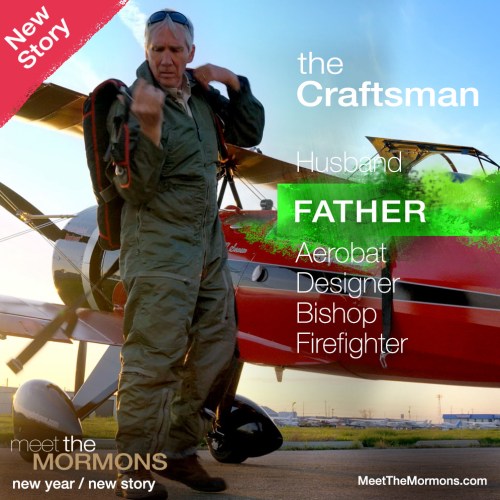 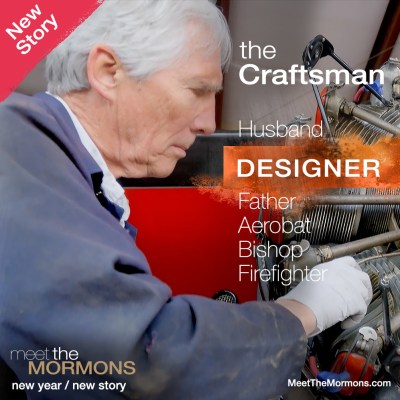