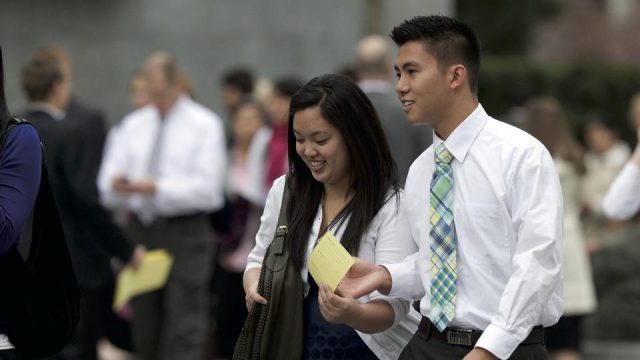 This was announced in a letter from the First Presidency sent to stake and ward leaders today. The letter states, “In the spirit of reducing and simplifying the work of the Church and the demands made upon leaders and members, we are pleased to announce that the Council of the First Presidency and Quorum of the Twelve has decided to modify the general conference meeting schedule.” This brings the women’s session and the priesthood session into parity and reduces the number of sessions each conference from 6 sessions to 5.

In 2018, the sessions of LDS general conference will be as follows:

According to the letter, consolidating general conference sessions into one weekend furthers Church efforts “of reducing and simplifying the work of the Church and the demands made upon leaders and members. 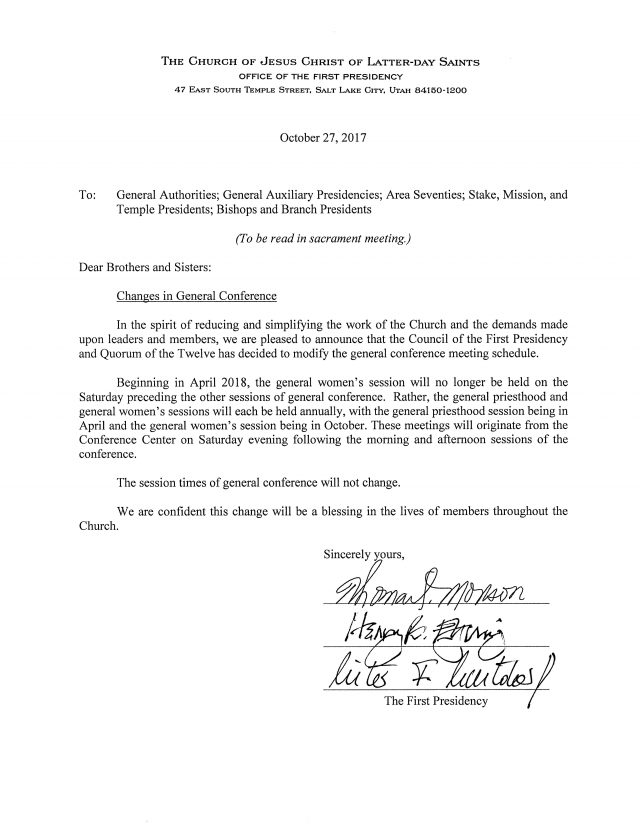 Since 1977, general conference has been a two-day, weekend event, with two general sessions each day and a priesthood meeting Saturday evening.

From November 2013 until now, the semiannual general women’s session became an official part of general conference, replacing both the general Relief Society and general Young Women meetings. On March 29, 2014, girls 8 years and older were invited to the women’s meeting, along with young women and women. 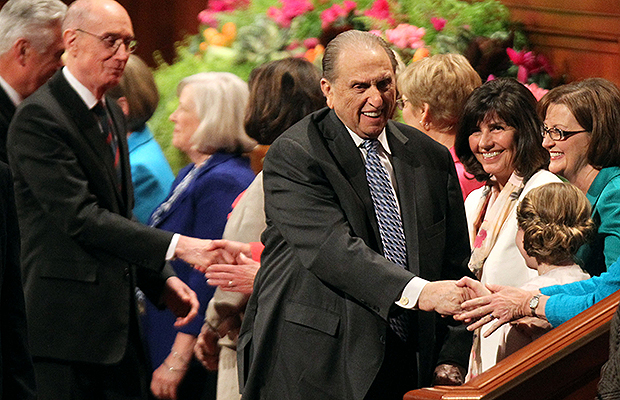 President Thomas S. Monson shakes hands with Linda K. Burton and Emri Elizabeth Smith, who said the opening prayer, at the end of the General Women’s Meeting at the Church of Jesus Christ of Latter Day Saints Conference Center in Salt Lake City on Saturday, March 29, 2014.