The Church of Jesus Christ of Latter-day Saints published an essay regarding Joseph Smith’s Teachings about Priesthood, Temple, and Women. The essay makes it clear that women exercise priesthood authority even though they are not ordained to priesthood office.

The essay was published in the series of Gospel Topics Essays on LDS.org. In 2013, the Church began to publish a series of straightforward, in-depth essays to provide accurate information about some of the Church’s teachings, practices and history. These essays—13 published to date—were prepared through extensive research by men and women Church scholars and carefully reviewed by members of the First Presidency, the Quorum of the Twelve Apostles, and other General Authorities and women leaders to provide official, authoritative, and transparent information. 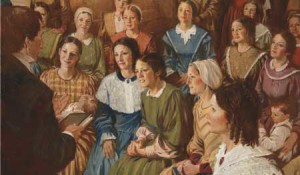 The essay explains the following: