Premiere of Movie Meet the Mormons 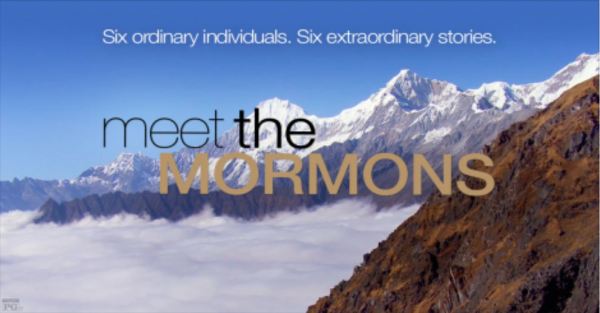 Meet the Mormons is a full-length documentary commissioned by The Church of Jesus Christ of Latter-day Saints. It will be released exclusively in nearly 300 theaters nationwide October 10.

I’ve had the chance to watch  Meet the Mormons twice because of my role in promoting awareness of Church resources. I heartily recommend going to see it. How long the movie remains in theaters will depend entirely on how many people attend on opening weekend, Friday the 10th and Saturday the 11th.

All the cast members were also there: Bishnu Adhikari (the Humanitarian from Nepal), Ken Niumatalolo (the Coach), Gail Halvorsen (the Candy Bomber), Carolina Muñoz Marin (The Fighter from Costa Rica), Jermaine Sullivan (the Bishop), and Dawn Armstrong (the Missionary Mom). At the end of this post are some pictures from the event.

The excitement about the movie was palpable. Before the movie began, Elders Holland and Bednar talked about the effect this movie could have on the world. More people need to get to know Mormons and appreciate the effects of gospel living. The movie isn’t about the Church as an institution, but about its members and how their faith inspires them to live Christian lives. The purpose of this movie is not a proselytizing effort, but an attempt to help people understand members of the Church. The movie showcases the lives of 6 member families–and there are millions more people just like them who live Christ-like lives.

Below is a trailer for the movie:

Below is a gallery of pictures from the premiere: