Flooding the Earth with the Book of Mormon

A few months ago, I noticed there was a news story that headlined Book of Mormon Reaches 140 Million Milestone. 140 million printed copies of the Book of Mormon is an extraordinary achievement!

Electronic media was a foreshadowing of today’s digital or new media. Last year, Elder Russell M. Ballard counseled, “I ask that you join the conversation by participating on the Internet, particularly the New Media, to share the gospel and to explain in simple, clear terms the message of the Restoration” (see Using New Media to Support the Work of the Church).

A Vision and a Challenge

In President Benson’s talk, he mentioned he had a “vision” of how the earth could be flooded with the Book of Mormon and issued a series of challenges to all Church members. In part, he said: 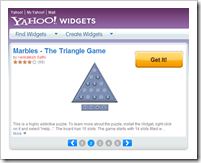 I wonder what would happen if not only the homes, but also the thousands of blogs and web sites in use by Church members could help achieve this goal. In that context, here’s a series of “what ifs” just to get people thinking about what could be done to more fully flood the earth with the Book of Mormon using new media.