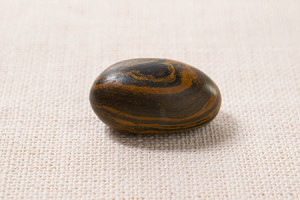 When the Church announced the release of the printer’s manuscript of the Book of Mormon, they also released a never-before-seen photo of a stone that has long been acknowledged as a seer stone likely used by Joseph Smith.

When Joseph received the plates from Moroni in 1827, he also received two stones to aid in translating the plates. In addition to the seer stones known as “interpreters,” Joseph Smith used at least one other seer stone in translating the Book of Mormon, often placing it into a hat in order to block out light so he could better view the words on the stone.

The stone he used in the translation was often referred to as a chocolate-colored stone with an oval shape. The stone was passed from Joseph Smith to scribe Oliver Cowdery and then from Cowdery’s widow, Elizabeth Whitmer Cowdery, to Phineas Young. Young then passed it on to his brother, Brigham Young, the second president of the Church. After President Young died, one of his wives, Zina D. H. Young, donated it to the Church.

To learn more about the process of translating the Book of Mormon, see

Photograph below from the pages of the book Revelations and Translations, Volume 3: Printer’s Manuscript of the Book of Mormon 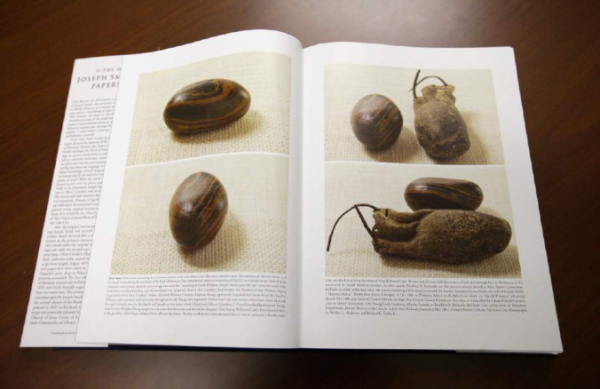