“Meet the Mormons” was a Success Opening Weekend 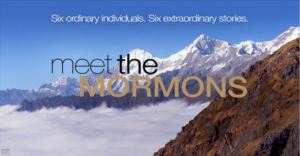 The opening weekend of the film Meet the Mormons was astonishing.

Read the article “How ‘Meet the Mormons’ Became a Hit Movie In One Weekend” from LDS Living to see how members engaged in social media to spread information about the movie that contributed to its successful opening weekend.

If you haven’t yet seen the movie, I heartily endorse it. Find a theater near you at MeetTheMormons.com.

Update (October 24, 2014): The film has made $4.9 million, making it the 36th biggest documentary of all time. Net proceeds donated to charity.