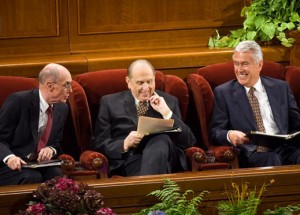 The First Presidency invites the world to participate in messages of inspiration and guidance that will be delivered by the First Presidency, members of the Quorum of the Twelve Apostles, and other General Authorities and general officers of the Church.

Here are 8 ways that you can participate in LDS General Conference:

There is power in the Spirit you can feel by attending the live event, either at the Conference Center or in your meetinghouse. If possible, I encourage you to arrange your schedules so you can attend live.  The Savior has promised that “where two or three are gathered together in my name, there am I in the midst of them” (Matthew 18:20). What could be more important on Saturday and Sunday than listening to Prophets and Apostles of God giving us advice on how to live in an increasingly evil and confusing world?

Check local program listings for availability in your area or visit byubroadcasting.org, bonneville.info, or KSL.com.

Quotes and video highlights will be posted on Church social media channels (as well as on LDS.org) shortly after each talk. They will appear at twitter.com/ldschurch, pinterest.com/LDSChurch, and on the individual Facebook and Google+ pages for each of the Brethren. 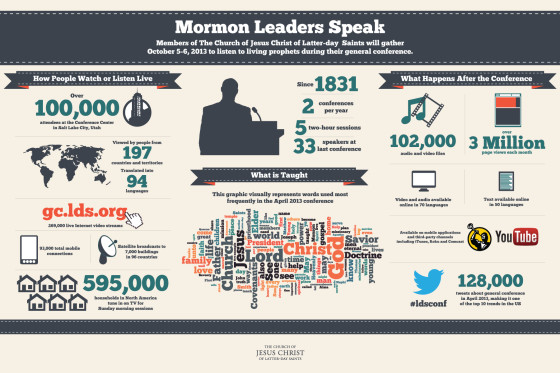