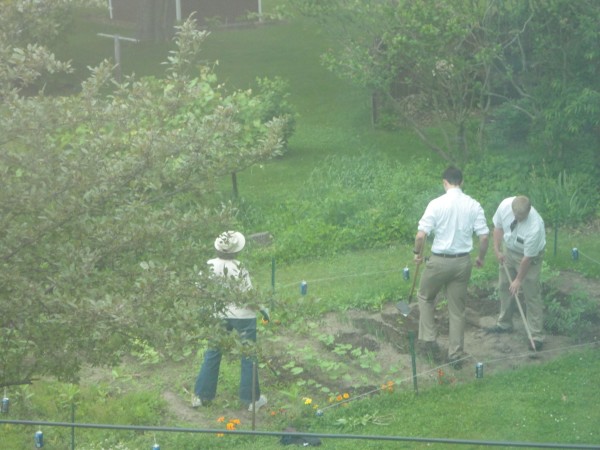 A couple of missionaries unknowingly adapted the definition of doing online missionary work this week thanks to a photo originally posted on reddit and now also on imgur that went viral. The picture, captioned “The Mormons insisted on speaking to my mom. So here they are helping her garden,” has attracted more than two million views and one thousand comments. On an online forum known for its negative threads on many subjects, including Mormons, positive comments like the following were surprisingly in abundance:

Following the Savior’s example of service continues to be a great way to spread the joyous message of the gospel and help make the world a better place.