On April 5-6, millions of people from nearly every country in the world watched LDS General Conference in meetinghouses, on the Internet, with mobile apps, on TV, on radio, on Facebook, and on Youtube. Here is a list of all the ways people could watch conference.

The miracle of interpretation in 95 languages and broadcast in so many ways made it possible for 97% of the Church’s 15 million members to watch conference in their native language.

Members also flocked to social media during general conference to share their testimonies, favorite talks, announcements, and quotes. The Church facilitated the sharing of those messages by posting quotes, memes (graphic images with quotes), and video highlights in real time during the conference sessions on the Church’s Facebook page, Twitter, and Google+ accounts. The posts, tweets, and memes from the Church were consolidated in real time on the page gc.lds.org/share.

Over the next few days, I invite you to consider what will you do in the next six months because of what you learned at General Conference and share it using the hashtag #next6months. How do you want your life to change? 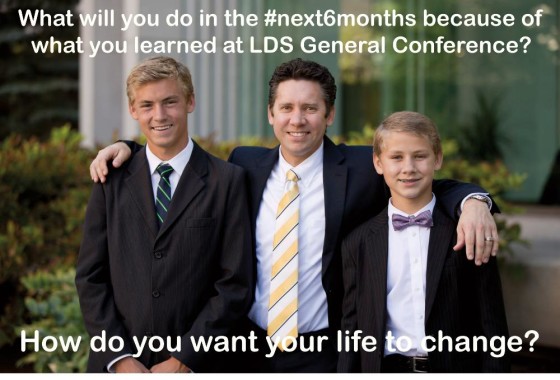