Video Explains the Story of the Plates of Mormon 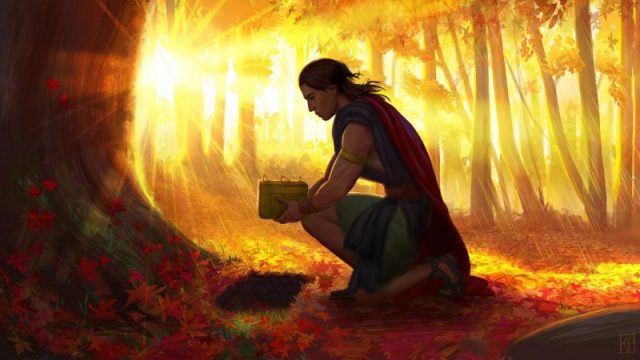 Book of Mormon Central teamed up with artist Katie Payne to create a beautiful and engaging video called the “The Story of the Book of Mormon: Plates of Mormon.” The video gives a glimpse of the father-son relationship between Mormon and Moroni, as they strive to pass the plates along so that we can cherish the Book of Mormon today.

The narration in the video is taken entirely from text in the Book of Mormon and highlights the title page of the Book of Mormon. Thousands of years later, the location of those plates was revealed to Joseph Smith, who translated the record and had it published.

This video is one of many in new ScripturePlus app, where you can read the Book of Mormon with images, video, charts, and commentary.

Read more about this video on the blog at Book of Mormon Central.