“Out of the Ground” Short Film

Out of the Ground is one of the films that will be screened at the LDS Film Festival this Thursday (March 1 at 5:00pm) and Saturday (March 3 at 1:30pm) at the SCERA Center for the Arts in Orem, Utah. See event information.

This 20-minute short film was created by my friend Barrett Burgin, a talented writer, director, and producer.

Synopsis: In a time of global turmoil, scientists Clay and Terra have left society and live in an Eden-like place in the mountains to build a machine that will regenerate human life. However, when the machine begins to make their daughter sick, Clay is forced to choose between his family and the fate of the world.

“My personal reason for making it and my own meaning for it is that it’s a story about family, and about choosing our children over everything else, even something that is seemingly great,” explained director Barrett Burgin. “For me personally, it’s about my wrestle with my passions (such as my art or making it big in film) and remembering the real meaning of things (like marriage and family).”

Watch the trailer for Out of the Ground:

Out of the Ground was originally commissioned for the 2017 Knoxville Film Festival as part of the TN 10, Best of the Best Competition. Barrett’s wife Jessica Burgin won best Production Design for the film. It went on to play last October as an Official Selection of BYU’s Final Cut Film Festival.

Some interesting facts about the film:

Barrett Burgin also created the film Next Door, a thriller about two LDS missionaries who become concerned when someone they teach goes missing. Learn more about films and videos by Barrett Burgin. 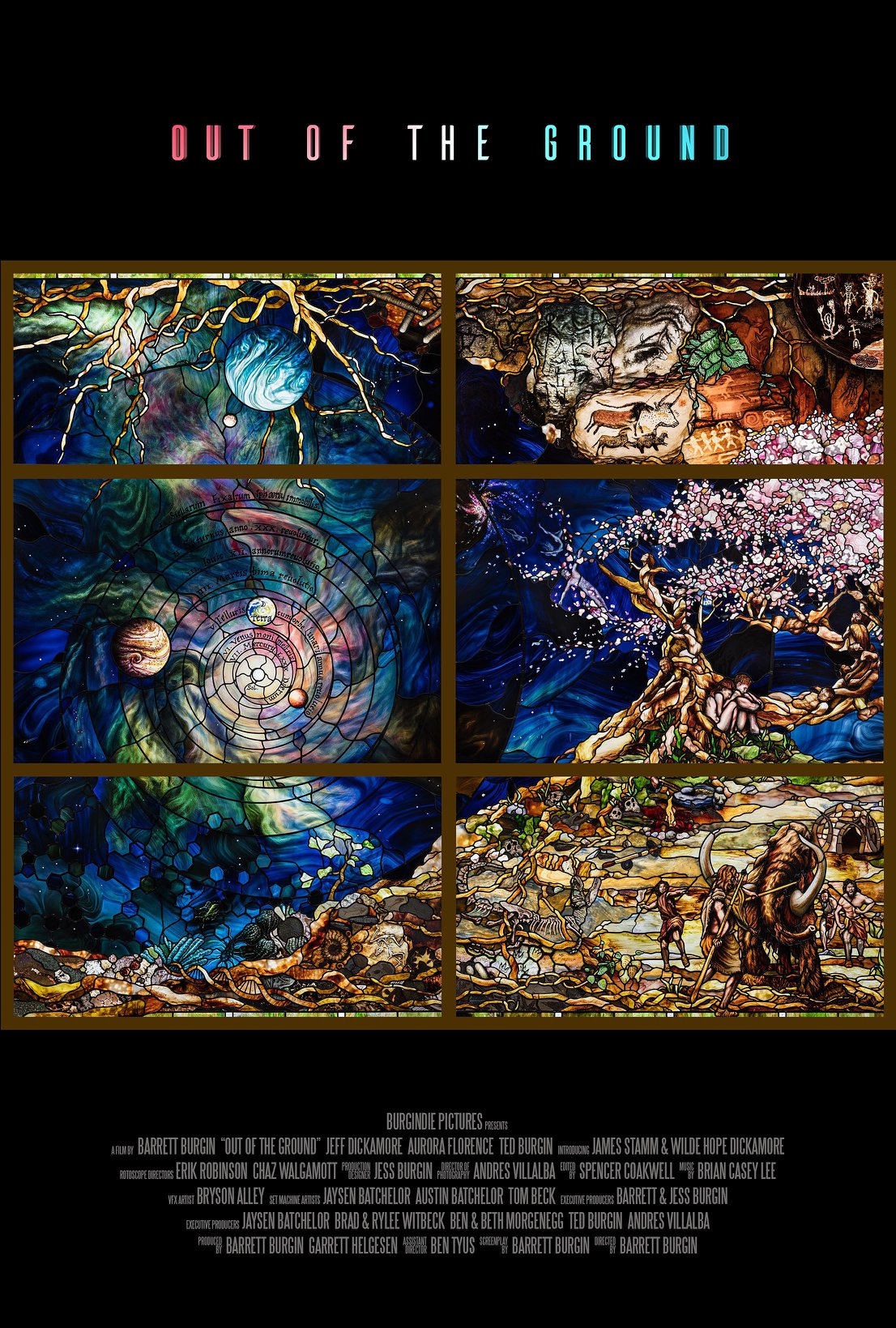 Out of the Ground poster