Book of Mormon Stories in 11 Languages 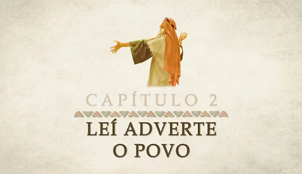 The newest version of the Book of Mormon stories is now available in 10 additional languages.

In September, we told you about this new version of the Book of Mormon Stories that features a method of animation called parallax, where images are cut into individual pieces and moved around to create a three-dimensional look. In some scenes, for example, the background will seem to approach the viewer while one character retreats from the viewer and another character moves to the side. New special audio and video effects, such as water and fire, have been added to the videos as well.

In addition to the English launched in September, the videos are now available in German, Spanish, Portuguese, French, Italian, Russian, Chinese, Japanese, Korean. The videos are also available in the previous still version (not parallax) in American Sign Language (ASL).

The videos are on the Church’s website at the links above and will soon be available on iTunes and YouTube.

Let us know how you like the videos and how you use them with your children.