How Many Languages Has the Book of Mormon Been Translated Into? 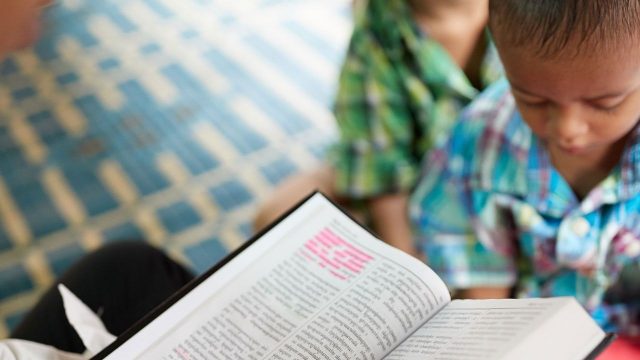 Extracted from question 5 in the article “Ask Us: Top Five Reference Questions about Book of Mormon Publishing:”

The Encyclopedia of Mormonism contains an article about the language editions of the Book of Mormon, including which chapters are translated for the selected translation editions. For those seeking information about the translation process itself, the Ensign and Liahona published articles in 2011 and 2016 (respectively) which profiled several translators’ experiences.

Past and current editions of the Book of Mormon in languages other than English can be found in the Church History Catalog under call number M222.2 B724*. The languages can be narrowed using the filters to the left of the screen; French and Spanish editions are available for viewing online by selecting the “Digital” filter.

You can also find copies of the Book of Mormon in languages other than English at the following locations: 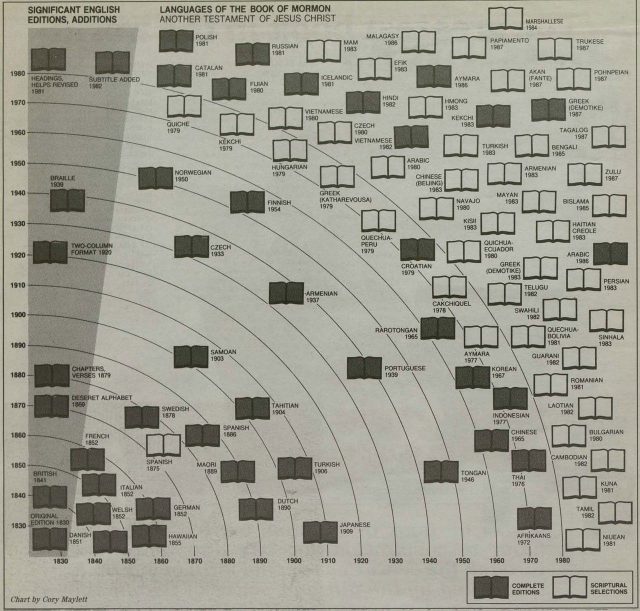